The Secret History of the
Roman Roads of Britain 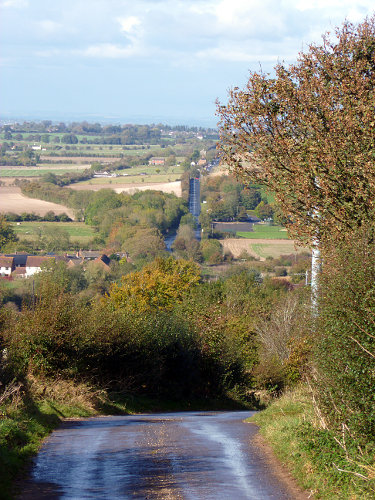 The study of Roman roads in Britain arguably reached its zenith under Ivan D. Margary and has never returned to the lofty heights to which he dragged it. This is partly to do with the structure of British archaeology ― road hunting is not seen as very sexy ― but also because it does not sit comfortably with either theory-oriented academics or developer-funded commercial field archaeologists. It has always been almost exclusively an ‘amateur’ pursuit. All is not lost, however. Works such as the survey of Roman roads in Wales undertaken by the various Welsh archaeological trusts for CADW give hope that projects can be thoughtfully devised and realistically funded which do not just depend upon one man and a dog. That is not to say there is no longer a place for the loner, map and GPS in hand, wandering about the countryside discovering the undiscovered.

The likes of Margary, and to a lesser extent Waddelove, Field, Allen, and their ilk, all owe a debt to Thomas Codrington, whose first great survey of Roman roads in Britain is largely overlooked. He too was an amateur student of the subject, although he was a professional in the sense that he worked with his contemporary road system, concentrating on the Roman material after his retirement.

Thinking about Romano-British roads (beyond simply cataloguing them) has a long way to go, whilst relating them backwards to their prehistoric origins and forwards into medieval history happens rarely, at the moment. All those who argue that the Romans never really left much of a legacy in Britain seem to me to be missing some fairly plain, pikestaff-straight clues littered about the landscape. There is at the very least a good case to argue, as I have done in The Secret History of the Roman Roads of Britain, that the Roman road network (as it evolved in the post-Roman period) was pivotal in medieval British military history and influential even later than that. At the same time, the Romans could not have done what they did without a sophisticated network of trackways, lanes, and even roads already being in place when they first set foot in Britannia.

In all of this, what is intriguing is that a simple structure of foundation stones and gravel surfacing can, by the very fact of its use, gain a longevity that sees empires fall and coastlines change. This is not just the power of simple, effective engineering, but also the efficacy and economy of the choices made over route, whether it be by long-forgotten pre-Roman aboriginal inhabitants, the Roman army upgrading, or medieval folk selectively abandoning and patronising them. These are, quite literally, the routes of our roots.

This website has been produced to complement and support my book, so it is for me as much a part of the process of writing the book as drawing the illustrations was. Indeed, I wrote the book by mapping Margary’s network of roads, for there was no better way of understanding the man and what he was studying in such a practical way. The multi-layered map I produced lies at the heart of the Atlas section and I am making it available for download for those who may find it of interest or of use.